This antique Old Believers cross has lived many lives over the last few centuries but is lucky enough to have been chosen to be set in one of Cynthia Ann's bezels giving it renewed purpose. Crafted from 0.81tcw of stunning champagne diamonds, 3.00g of 14k yellow gold & blackened rhodium silver. This amazing antiquity is sure to live for another century.
The ancient "Old Believers" Male Cross is defined by it's straight lines and no curves. The crosses typically have the eight point cross in the center surrounded by delicate designs. The Orthodox "Old Believers" were an Orthodox sect that broke from the official Russian Orthodox Church as a protest against church reforms; the schism took place in the 17th century
$4,500.00
Product#: ECL3265 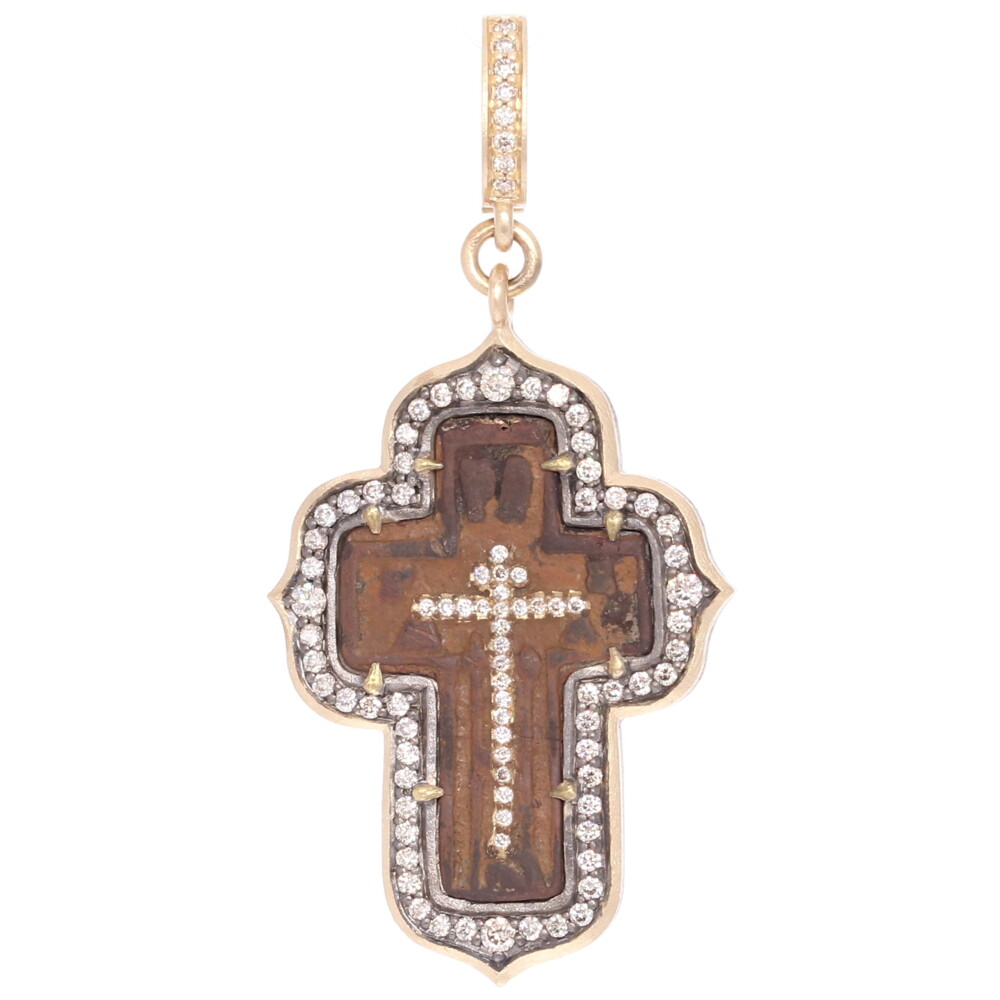