This antique Old Believers cross still features its original bright blue and white enamel. Set into one of Cynthia Ann's most iconic bezels this ancient old believers cross is definitely a statement. At over three inches this is on the larger side of Cynthia's pendants. Crafted from nearly two carats of diamond all set in 11.05g of 14k yellow gold and blackened rhodium silver.
The Orthodox Cross, Byzantine or Russian Orthodox Cross is a variation of the Christian Cross. It’s found in every Eastern Orthodox Church and Catholic Church of the Byzantine Rite. One version of the Orthodox Cross has a long vertical beam crossed about two thirds of the way up by a horizontal beam that represents Pontius Pilates’s inscription “Jesus the Nazarene, King of the Jews” and a lower beam representing the foot rest upon which our Lord’s feet were nailed. The lower beam is slanting up toward heaven. Many Orthodox crosses have trefoils.
$9,900.00
Product#: ECL3240 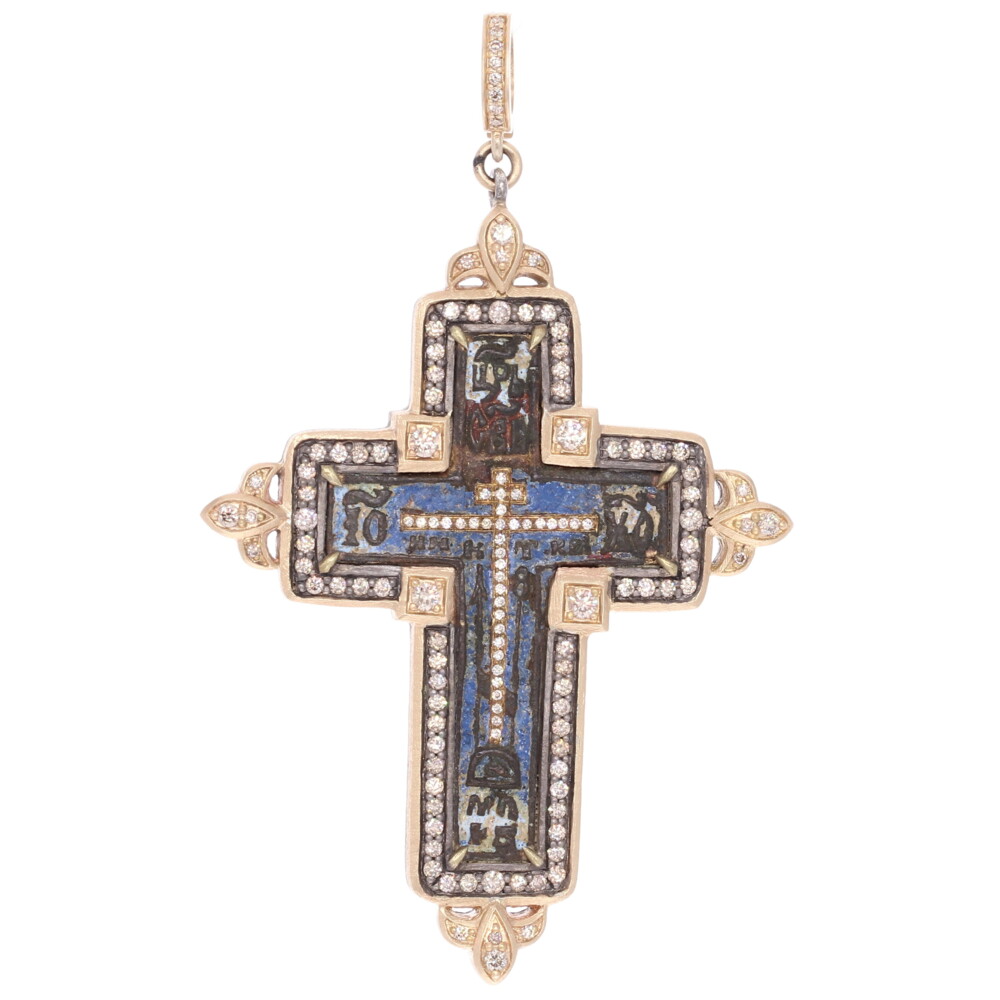