This Ancient Old Believers cross would have originally been created in Eastern Europe. It is one of the few crosses that Cynthia Ann does not always put a bezel around instead accenting the cross with only a little gold and diamond. Allowing for the crosses ancient patina to shine.
The ancient “Old Believers” Male Cross is defined by it’s straight lines and no curves. The crosses typically have the eight-point cross in the center surrounded by delicate designs. The Orthodox “Old Believers” were an Orthodox sect that broke from the official Russian Orthodox Church as a protest against church reforms; the schism took place in the 17th century.
$2,925.00
Product#: ECL3274 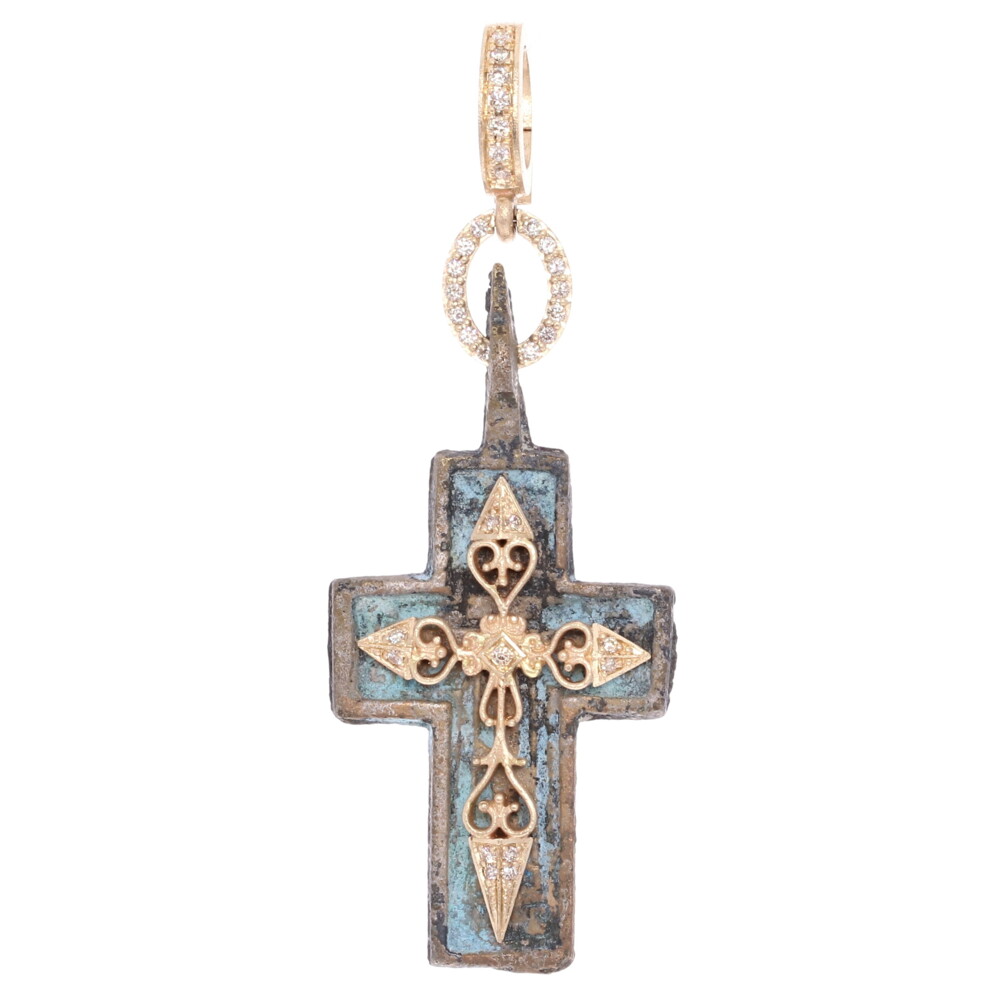